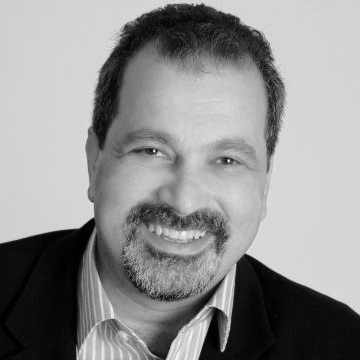 Clive Sirkin is a seasoned global CPG executive who has held various executive roles in large multinational companies over the past 30 plus years.  He has a track record of innovation driving shareholder and brand value and has worked across multiple geographies and sectors. Clive is recognized as a  disruptor and change agent constantly challenging how organizations operate to win in a digital world.

He was, most recently the Chief Growth Officer, for the Kellogg Company. In this capacity he was a member of the company’s Executive Committee and was responsible for R&D, Innovation, Sales, Marketing, Research & Analytics as well as setting the category strategy for the company.  He was the architect of an aggressive transformation agenda that reset the innovation strategy, R&D function and associated talent strategy. He was part of a leadership team that drove the international business to unprecedented organic growth coupled with a game changing M&A strategy.

Prior to Kellogg, Clive served as the Chief Marketing Officer of Kimberly-Clark, overseeing all marketing across both their B2B and B2C divisions and was part of a leadership team during a time of unprecedented shareholder growth in the company’s history. During his tenure, he transformed the marketing function by reorienting the company to data driven performance marketing. He built a world class digital capability and instituted an industry leading agile optimization capability.

This followed a 16+ year career in advertising at Leo Burnett. He started out in an entry level role and was promoted to various leadership capacities across multiple geographies culminating in being named the Group Managing Director of Leo Burnett Worldwide with responsibility for setting the global business strategy for the group. In this capacity he served on the Global Executive Committee & the  Board of the Company. He also co-chaired the Global Product Committee which was responsible for quality control of the agency output globally.

Mr. Sirkin is an investor, advisor and currently serves on the boards of Screendragon Ltd., Fyllo, UCAN, Jones Soda, and 70 Faces Media. He holds a B.Comm. degree from the University of Witwatersrand in South Africa.