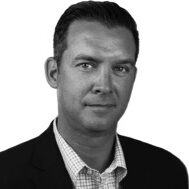 Joel is CEO and Co-Founder of Sinecure.ai. He started the company with a simple premise, to make the process of finding and hiring great talent easy. For candidates and hiring managers.

Wright brings over 20 years of experience in a variety of entrepreneurial and executive roles at both public and private companies. Prior to Sinecure he was the CEO and co-founder of #HASHOFF.  An AI SaaS platform for freelance content creation and influencer marketing.  Wright lead the organization from inception to exit.  He was responsible for the strategic vision and development of their industry leading technology.  Wright turned this vision into commercial success through long term partnerships with Anheuser Busch InBev, Dunkin’ Brands, CBS, Universal Pictures, Syneos Health and many others.  The business was acquired by DGTL Holdings (V.DGTL) in 2020.

Prior to #HASHOFF he held served as Chief Revenue Officer at Travelocity (acquired by Expedia).  Where he was able to successfully turn around their media business from double digit declines to over 100% growth.  His start-up experience includes venture backed companies like Marc Andreessen’s Ning (acquired by Glam Media) where he served Vice President of Business Development.  Prior to Ning, Wright was Vice President and Head of Interactive Media at leading Hollywood talent agency Paradigm.  Where his work received numerous awards and recognition.  Including being named to the Hollywood Reporter’s Next Generation – 35 Under 35, Ad Age’s Top Digital Agent in 2008 and TV Weeks Agent of Change.  Prior to Paradigm he was an executive at Yahoo!  Where he developed the first streaming media advertising product, Yahoo! AdVision.  Which later won Media Post’s Best of the Net and MarcoMedia’s Max award.

Wright lives in New York City with his wife and four children. He is a passionate Kansas Jayhawks basketball fan and loves to travel.